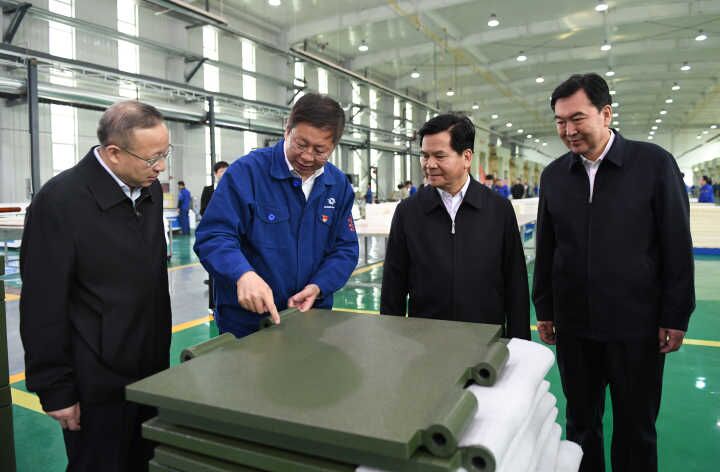 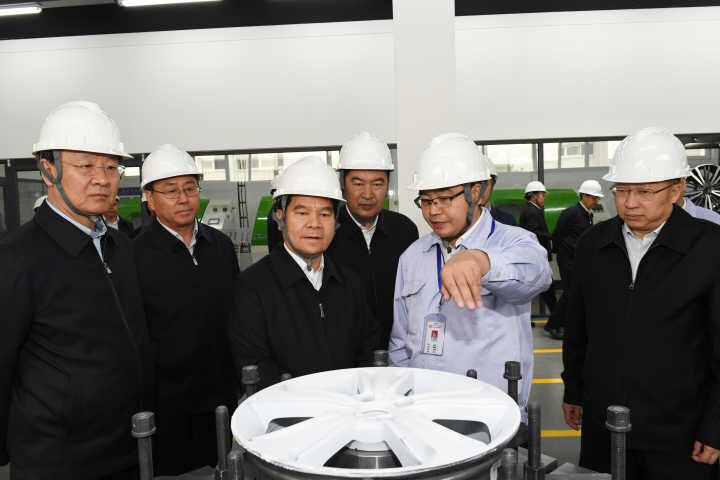 Du xuejun met with zang ligen, chairman of the board of ...

On March 9, deputy party secretary and mayor du xuejun met with zang ligen, chairman of the board of directors of baoding lizhong group. Both sides exchanged views on further deepening cooperation.

Du xuejun extended a warm welcome to zang ligen and his delegation. He said that in recent years, baotou aluminum industrial park has seen a gradual increase in the number of enterprises, the scale of expansion, and the park's functions have been increasingly improved, providing sufficient raw materials and a good environment for enterprises downstream in the aluminum industry. Since lizhong group entered baotou, its development momentum has been good and it has made important contributions to the economic and social development of donghe district and even the whole city. Wide prospect of the development of the auto industry as the leading enterprises in the domestic production of aluminum alloy wheel, want to stand in the group play the advantages of the technology, market, management, to strengthen the cooperation on the basis of the original, make full use of baotou rare earth resource advantages and industry etc advantages, increase the intensity of new material, new product research and development, efforts to promote both sides make a breakthrough in new areas of cooperation. At the same time, we hope that the group can put more scientific research efforts in baotou, carry out multi-field cooperation with baotou enterprises, and further improve baotou "aluminum" articles. Baotou city will continue to do a good job in providing services for enterprises, increase support, create a good environment for the development and expansion of the package project of lizhong group, and strive to achieve mutual benefit and win-win cooperation between local and enterprises.

Zang ligen expressed his gratitude to baotou city for its strong support to enterprise construction and development in recent years, and briefly introduced the operation and development of baoding lizhong group. He said that baotou has an outstanding resource endowment, a solid industrial foundation and a superior investment environment, and that lizhong group has a good cooperation foundation with baotou city. Next step, lizhong group will actively promote the construction of baotou project, and promote the project to be put into production as soon as possible. At the same time, the group will seriously study and promote scientific research to the head of baotou, so that more scientific and technological achievements can be transformed in baotou, and make due contributions to local economic and social development while realizing the development of enterprises themselves.

Zhang shiming, a member of the standing committee of the municipal party committee and deputy mayor, and guo fuxin, secretary general of the municipal government, as well as the relevant district and department heads attended the meeting.